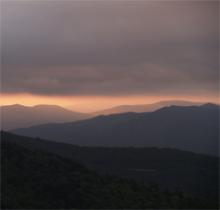 We talked to fluent speakers, but they could not explain how the language worked.  This method is not for them, because they can already speak. They can speak to each other, they can remember words their parents used, they can pronounce words with the beautiful music—the traditional sounds-- of the Cherokee language.

This new way is for the people who want a way to learn Cherokee language—to speak with comprehension and listen with understanding.