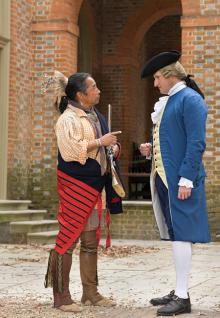 Cherokee Words – How Many?  Part 1

A student asked last week “How many different words are there in Cherokee language?  Do they have different words for hungry and starving? Or do they just say really hungry?”

This same question was asked by people in the 1700s and 1800s:  how many words are there in Cherokee?  More or fewer than English?

English has many synonyms for the same thing: a flower may also be called: a bloom, a blossom, a posy, a floret, a floweret, or the seed bearing part of a plant.  But in Cherokee there tends to be one word for one thing or one action.  Flower = atsilvsgi = the one that blooms.

Because of this, some 18th century Europeans said that Cherokee and other American Indian langauges did not have much vocabulary.  They did acknowledge that one word in Cherokee could have many forms, however.

English has all these synonyms because of all the different words that came from the conquests of people in the British Isles: Celtic, Anglo-Saxon, and French.  Then in the Renaissance, more words were added from Greek and Latin as those texts became available when printing was invented.  This was a great thing for a writer like Shakespeare, who could choose among many words to create a rhyme or rhythm while still making sense.  His works are the first to put together all these words and are still a marvel of playful vocabulary today, along with the King James version of the Bible, translated into English for the first time in the same era.

Cherokee language is rich in other ways as well.  One verb root can transform into twelve tenses commonly used today, for ten people each, with more variations added by prefixes. These words describe what is happening very precisely in time and space.  In 1828 a Cherokee writer described thirty-six tenses.

Some of the words for putting on and taking off clothing were recorded by Willam DeBrahm, a German engineer and architect, who constructed Fort Loudoun in 1756. He was interested in Cherokee language and wrote down a word list of more than 600 Cherokee words, some of which have disappeared today. He said:

“The Indians have clear ideas, which for want of sufficient Words, [all the synonyms in English] they can only communicate by paraphrasing, and thereby they deliver their Intentions and Sentiments very plain.”

Even without all the synonyms that exist in English, Cherokees were able to clearly communicate their ideas.  They used their words with precision, and employed metaphors in treaties to describe their intents:  “As long as the rivers run, and the grass grows, and the mountains remain.”