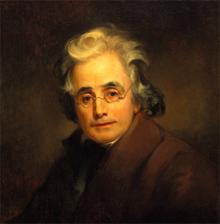 Why has no one seen this? (Or have they?)

We have asked ourselves this many times, after the patterns of Cherokee became clear. The language seemed so simple, and yet so incredibly beautiful. It was logical and consistent to a degree that scholars today say is impossible.

Why had none of the scholars, from the 1700s through today, ever described this?

Then we found the writing of Peter Stephen DuPonceau, (1760-1844) the first president of the American Philosophical Society. He studied many American Indian languages, including Cherokee. In 1819 he wrote:

(Transactions of the Historical & Literary Committee of the American Philosophical Society, (Philadelphia: Printed and Published by Abraham Small, 1819) p. xxiii.)

DuPonceau continued to express these ideas, his findings, throughout his long and illustrious career.

Their languages are characterized by abundance, strength, comprehensiveness of expression, and admirable method in their grammatical structure; “Indeed,” says Mr. Duponceau, “from the view offered by Mr. Heckewelder of the Lenni Lenape idiom, it would rather appear to have been formed by philosophers in their closets, rather than by savages in the wilderness.”

(James Buchanan, His Majesty’s Consul for the State of New York. Sketches of the History, Manners, and Customs of the North American Indians. (London: Black, Young & Young, 1824.) p.23.)

We apologize for the use of the word “savages” but this word was in common usage in 1824. Note that DuPonceau in fact is saying that the American Indian languages seem to have been constructed by learned people.

By 1848 he states this even more strongly, when he writes in an Appendix to the Encyclopedia Americana about the “regularity of method” and “abundance of forms” of American Indian languages. He goes on to say that philosophers and scholars of Europe should be marveling at the intellectual accomplishment of these languages, and only their prejudices keep them from doing so.

By the 1850s, however, linguistic scholars in America were more interested in the differences between American Indian languages than their similarities. They were cataloging all the different tribes and distinguishing them by their languages. This related in part to changing philosophical ideas, as well as the politics of manifest destiny.